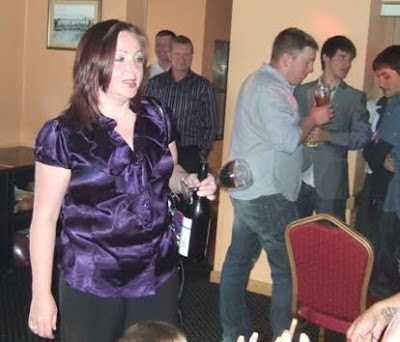 We had an invitation, along with the other members of the CSC retired dancers club, to a surprise 40th birthday party for Denise who, along with husband Chris, represented the younger element of the dancing group.
Probably the hardest part of the evening was trying to maintain a “hush” whilst awaiting the arrival of the Birthday Girl.  You know what it is like if you sit 10 girls together with a couple of bottles of wine and ask them not to talk for ten minutes. 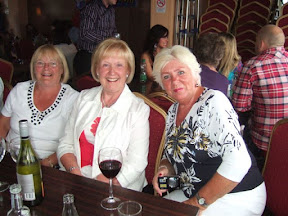 Luckily Chris ushered her in before anybody had pronounced withdrawl symptoms. The reaction of the principal guest,  whose opening lines are omitted for proprietry reasons, confirmed that the party was indeed a surprise !! 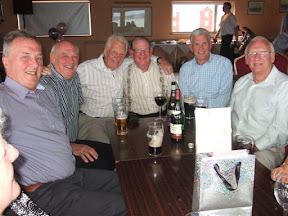 For us oldies the disco started off with music that was a little too up to date, and there was a distinct lack of dancers of any age; however, as the evening wore on the music got older and the company got mellower and the dance floor became the place to be.  It should be said that the girls led the way, and it took an extra couple of glasses before the male contingent joined in. 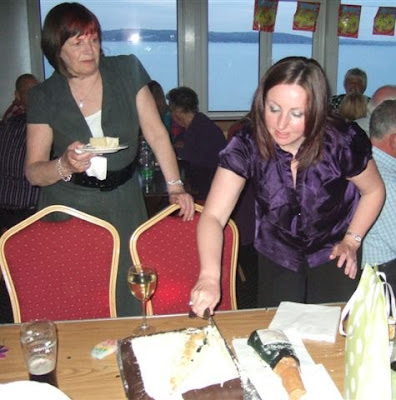 CAPTION COMPETITION - Your suggestions in "Leave a Reply"

It would be remiss of me not to extol the buffet.  The sandwiches and sausage rolls were great and the mini sausages and chicken rumsticks even better:

but what else would one expect from CSC!

The cake, a novel design with the caption “aged to perfection” on the embossed bottle was duly presented to chorus of Happy Birthday. Some things never change. 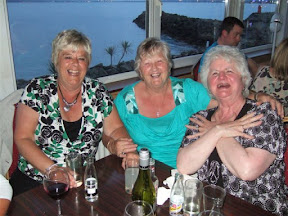 Later in the evening, having ensured that the majority of larynges had been sufficiently lubricated there was a Karoke session.  This is definately not my forte but some brave souls tried their hand.

As is usual when our happy band get together it was an excellent evening and our thanks go to Chris for arranging it and our best wishes to Denise for lots more birthdays.