The annual BBQ for the CSCRD is now back in the diary.  The sun shone on the righteous and all went well.

The proceedings opened at 2 p.m. with jugs of Pimms NO 1,  poured into glasses, not each!  The menu included stuffed herrings,  tiger prawns in a spiced coconut marinade, rib-eye steaks in a whiskey marinade ribs and a selection of deserts made by the ladies.

As is common practice at our meetings the ladies and gents sections hold separate discussions and this avoids any dissention and we are able to solve the worlds problems.

Fortunately no minutes were kept, but I can report that we adjourned at approximately 9.0 p.m

A rose between two thorns 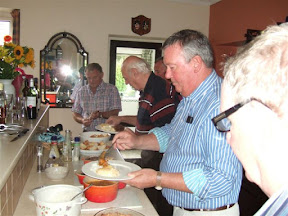 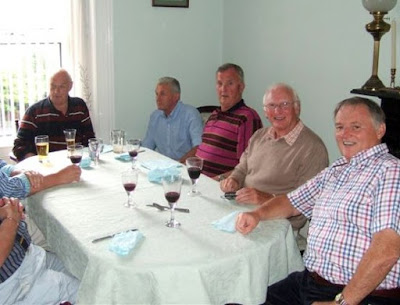 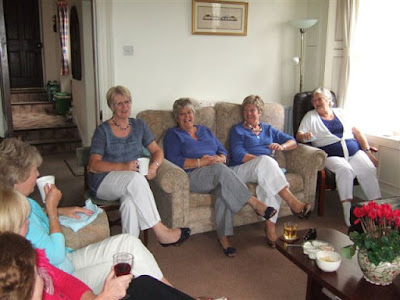 Sunday 17 June; a day of wind and rain, just perfect for the intrepid members of the Carrickfergus Sailing Club Retired Dancers Debating Society (CSCRDDS – please remember this as it will save typing in future) to gather for a BBQ. 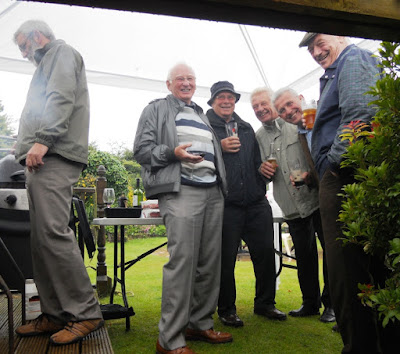 With the help of a B&Q mini Pergola to keep the worst of the rain off the charcoal the BBQ was lit at 2pm. By 2.45 the Men’s Section had also gathered here to inaugurate the firing of the sausages. 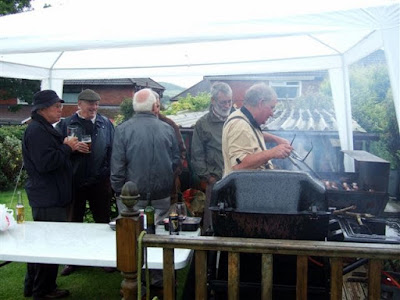 Under the strict rules of the CSCRDDS only the Men’s Section are allowed within 10 metres of any BBQ once it has been lit. The fact that it was pouring with rain and the pergola was only large enough to accommodate 2 BBQs and 8 persons meant that there was no fear of any of the Ladies Section wanting to come anywhere near it anyway! 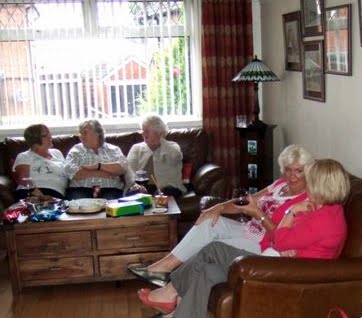 With the help of a bottle or two of wine, Roy’s professional BBQ technique, and associated banter from the rest of the crew, Josephine was summonsed to take the first instalment for approval by the ladies. This being given we continued without further ado.

The ladies had taken over the living room so having completed cooking the men adjourned to the conservatory. 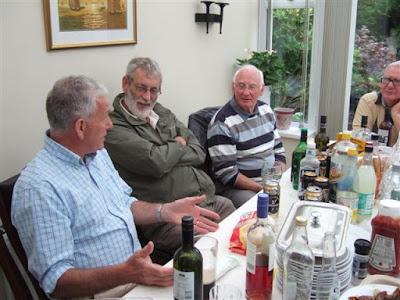 From this point on my recollection of events is a little hazy but we reckon the last of the revellers left around 9pm.

All in all another successful debate and the world a better place for it! 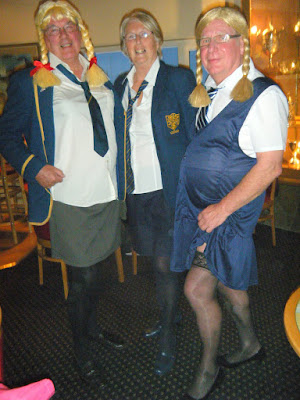 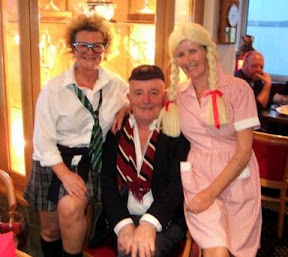 Unfortunately a number of our usual group were unable to attend, being entertained at the Proms in the Park and other such events,  so it was that only eight of us were there for roll call.  Lack of numbers did not detract from our usual ability to enjoy ourselves and it was apparent on arrival, seeing the number of people who had made the effort to don costume for the occasion, that the rest were intent on doing the same. 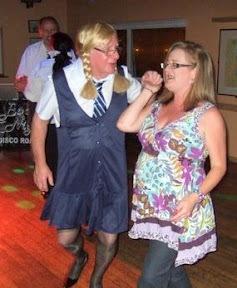 Sam was unable to find costumes to suit Shirley and him so he bought the material and machined up skirts and knickers.  I must admit that I found the ideal fancy dress website that caters for the larger sizes, and added a wig and a pair of Primark stockings and shoes.

In true school tradition dinner was served buffet style so we formed a neat line. Three courses available but to my mind the treacle sponge and custard was top of the bill. 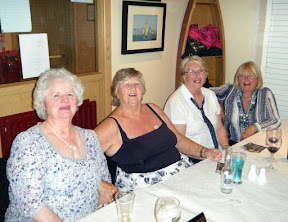 The disco provided appropriate music and we managed a few dances before retiring to the bar for a little quiet.  Quiet is a relative term and relates to the lack of music rather than peace as in “peace and quiet. 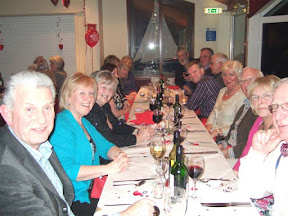