I flew in to Birmingham and from thence by train to Kingham, via Oxford. All transport on time and clean and tidy. Well done the two rail operators. 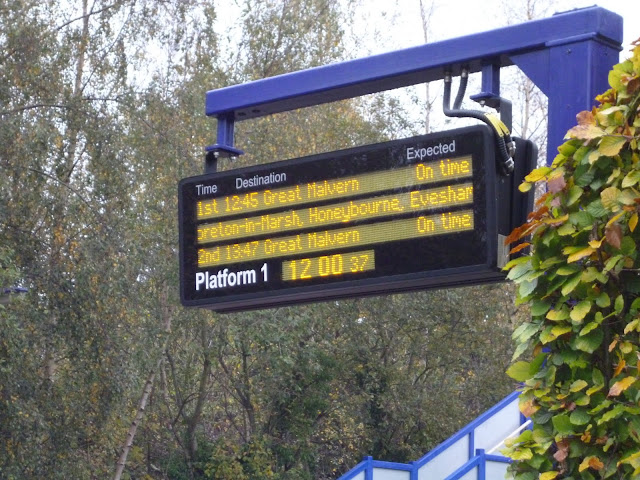 Kingham - The trains do run on time

I was informed by the taxi company recommended by the hotel that there was a race meeting in Cheltenham and there was no way he had any cabs available! I finally took the one suggested by the station master and we wended away along the misty Cotswold country lanes for about 4 miles and I was charged £20 for the privilege of the commentary on the Cotswolds. 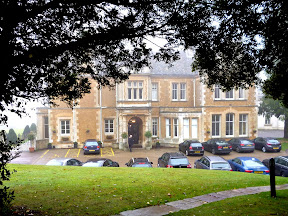 The Wyck Hill House appeared out of the mist and proved to be a very fine venue. I have reviewed it here rather than detract from the reunion.

Arriving in the bar I found Geoff Powell and his good lady (I have difficulty enough remembering the lads so excuse me for not naming the ladies) and we chatted over a drink until the arrival of Mike Payne, sporting a neat Oz accent. A couple more drinks passed as more participants, I hesitate to use the word delegates, arrived. Barry had provided name tags this year so it was easier to identify people we should have known.

Shortly after this I retired to bed for a couple of hours in order to be in good form for the evening festivities.

It had been decreed in the ORBAT that we would assemble in the bar at 19,00 for preprandial drinks, but most made it early in order to find a comfortable spot. 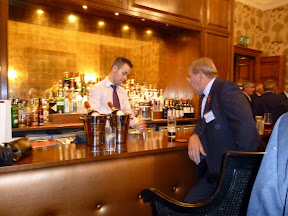 I left you in this position 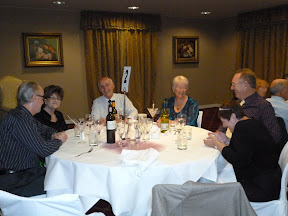 I was pleasantly surprised to meet Maurice Quinnell, whom I managed to half recognise, and we exchanged some old stories. It was a good time for getting to chat to people who I didn’t really remember but whose stories were so similar to our experiences.

And so to dinner and more good conversation.  Our table was occupied by the “bachelor group”, Barry obviously having decided that we would not be safe let loose amongst the ladies until after the formalities.

Following dinner we were entertained by an updated slide show from the 60’s. All human life was there but, unlike the NOTW , all with their clothes on. 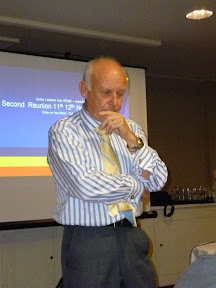 Then followed the tales of woe and embarrassment from a number of those present.  Forgive me but I have forgotten the stories and all the names but James Rafferty who “performed” last and won the whisky! I’m sure he deserved it.

And so back to the bar to discuss topics of great worldly import and generally enjoy ourselves. 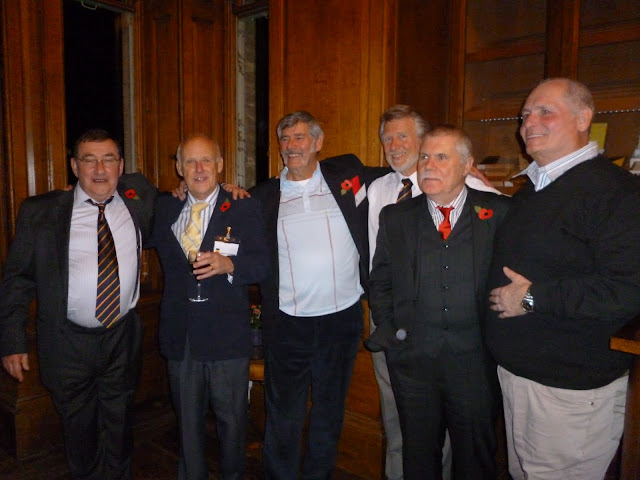 Those were the days

I maintained my reputation of being the last to leave once again, but only just!

I breakfasted with Roger Smith and his wife, another couple who had flown in from Australia for the gathering, who assured me that it had all been worth it.

After this I made my farewells as I was being collected to join another reunion, this time Intelligence Corps, in Cheltenham.

I will attempt to get the details, and any photos, of the Cotswold bus trip and any further adventures from Barry and add it to this post later.

I’m sure everybody will join me in thanking Barry and Alan for getting this put together again and we look forward to the next gathering in 2012.