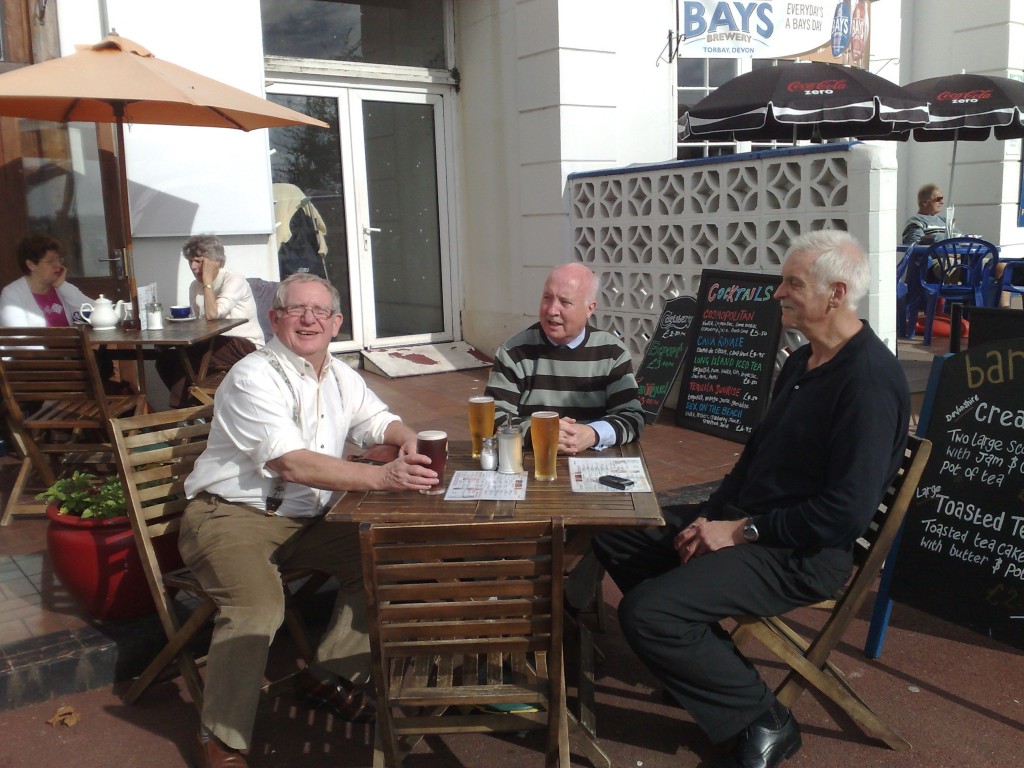 My first appearance at this event, which is now in it’s 9th year. The reason for attendance prompted by a meeting with Jim Malone at Heathrow airport in February which resulted in a “you go – I’ll go” scenario.  Anyway,  it’s held in the Cavendish Hotel, Torquay, reminiscent of Fawlty Towers in many aspects.  The receptionist doubled as barman, concierge and waiter and with about 70 people on the move this proved a challenging operation! It was great to catch up with a host of old faces (Bob & Joy White, Foxy, Tom McMahon, Tony and Hilary Moore, Keith & Pauline Clarke to name but a few) after such a long period away.  The do is run on the lines of any other reunion with a gala dinner and “dance” on the Saturday and the AGM on Sunday morning.  Sunday evening being a fund raising raffle and a sing along with Gwen Sangster.  Unfortunately the President, General Peter Baldwin, was taken ill and was unable to address the guests.  Tom, Jim and I spent a sunny Sunday afternoon on a mini pub-crawl along the sea front which produced a great deal of the humour that punctuated my time in the army.  Alltogether a well worth while exercise which I will probably repeat next year!