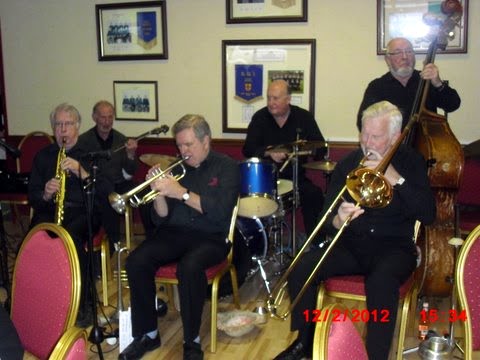 The jazz aficionado’s jazz band and veterans of genré, the Apex Jazz Band,were welcomed back by Greenisland Golf Club for another Sunday lunch engagement on Feb 12. 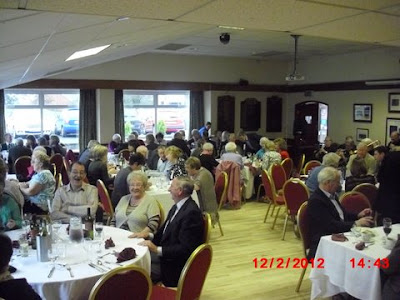 This is getting to be a habit and a fine excuse to forget cooking and washing up and enjoy David Alexander’s buffet and a bottle of vino collapso with all the old favourites playing in the background. The band was pretty good as well!

It is amazing how quickly 3 or 4 hours passes when in good company.

My thanks to David Graham for many of the photographs 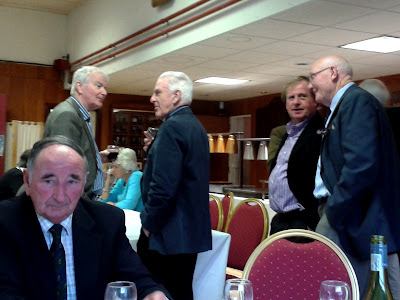 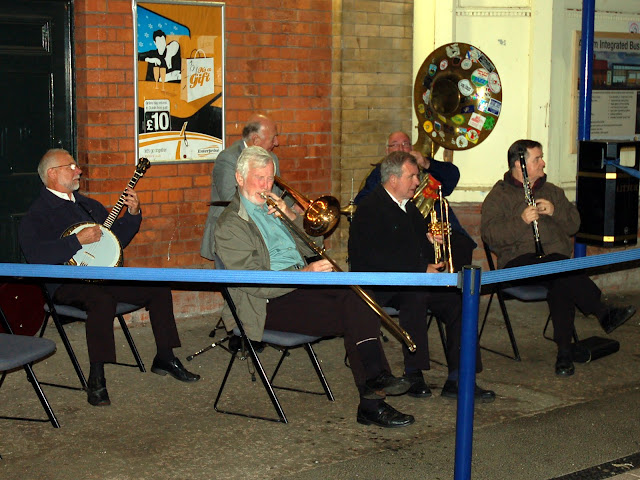 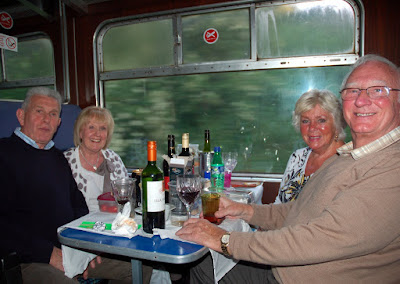 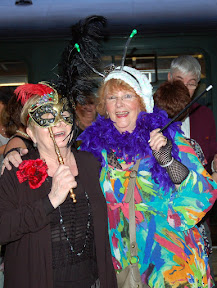 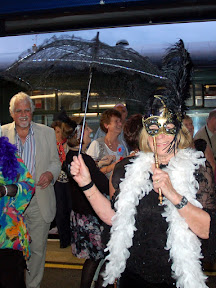 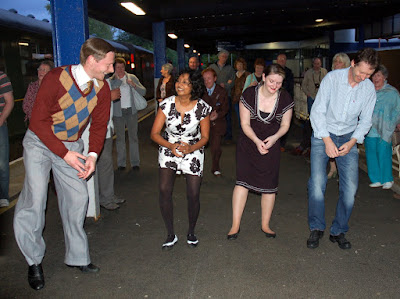 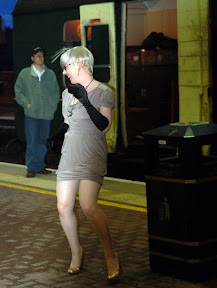 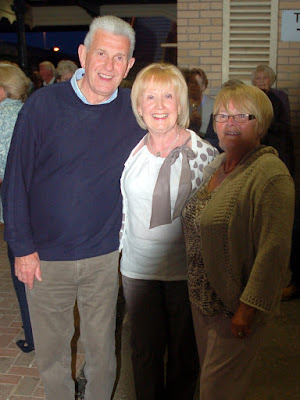 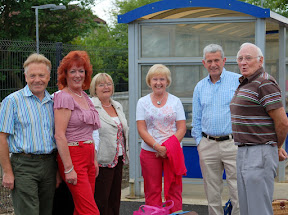 Friday evening, 25 June, saw our intrepid group congregate at Greeenisland Station to join the local Probus  on their annual excursion on the Jazz train un by the Railway Preservation Society of Ireland. 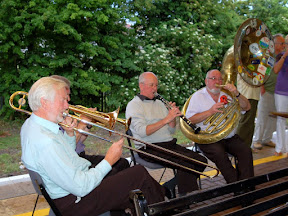 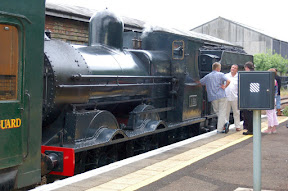 Of course on a trip of this nature hampers of food and wine are de rigueur, although there is a full bar and burger menu available.  We had settled on char grilled asparagus wrappped in Parma ham, King Prawns in their shells with hollandaise sauce and optional dried chilli, seafood cocktail with Marie rose sauce  and wheaten bread. Unfortunately there was no room to paack the strawberries and cream! We had a sparkling chardonnay/sauvignon blanc + a couple of bottles of Pinot Noir as back up.  Brenda thoughtfully provided spiritual help by the way of minatures of Whisky and Cognac (plus a hip flask). 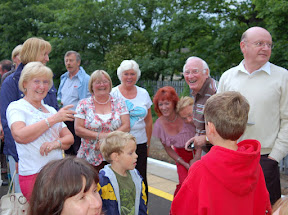 What more can one say. The train chuffed along and stopped at the various stations where the Apex Jazz band played with their usual enthusiasm and we danced the evening away. 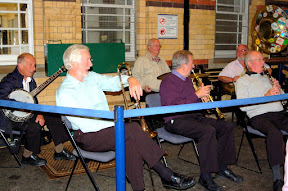 Due to some hitch, like losing the engine, were were delayed at Carrickfergus station for a while but the band played on and we finally arrived back at Greenisland.

A great evening which we will, hopefully, repeat next year. 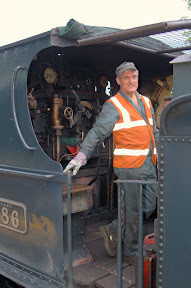 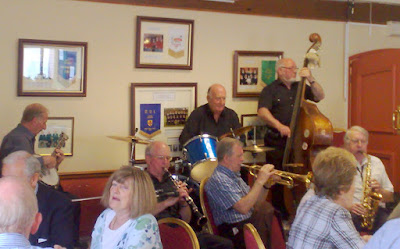 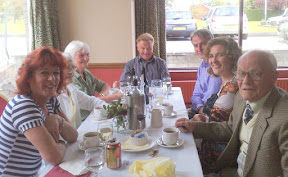 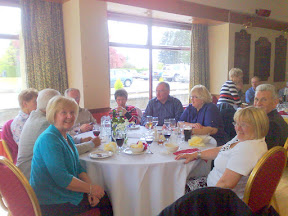